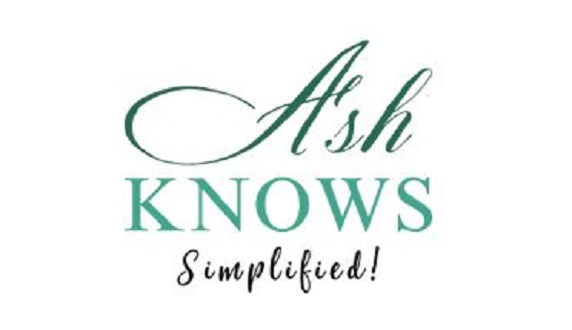 “In current times when everyone tells us to work smart, they are right. Be idealist, bring grand big ideas, innovate and launch thrilling initiatives but then, work hard. Work real hard because all that has ever been achieved in this world is by true dedication, persistence, and consistent hard work.” – Khalida Brohi

Khalida Brohi, 29, is a young Pakistani woman with the heart of a warrior. She is a successful social entrepreneur and an outstanding women’s rights advocate. She has been working as a social activist since her teenage years and has seen more brutal realities of life than any other young woman can imagine.

Khalida Brohi grew up in a small village in the province of Balochistan, Pakistan. As her name says, Khalida is a member of the Brahui people, an indigenous tribe of Balochistan. Her parents had been married in a practice known as an exchange marriage or watta satta. Her mother was 9 years old at that time, her father was 13. Khalida, the second oldest, was born two years later.

Just as with her mother, her grandfather had wanted to marry her to her father’s family as a child bride. This triggered Khalida’s father to fight the custom and move to Hyderabad with his family. After moving to Hyderabad, Khalida and her brother (later all of her siblings) were sent to school. Khalida became the first girl in her village to go to school as well as the first in her tribe to get education.

She grew up in poverty, but her parents were keen to give their children the opportunities they never had. The family grew and moved many more times, eventually landing in the slums of Karachi where Khalida continued her education. She had planned to study medicine and become the first doctor in her tribe, already an unusual path for girls, when an event changed everything.

Khalida’s good friend, as well as cousin, was killed in the name of honor for falling in love with a boy who was not her betrothed. All of her family kept quiet about the incident. It traumatized Khalida so much that she decided to act. She was 16 when she decided to leave school and pursue justice for her cousin and all women and girls who become victims of honor killings. She began her activism by writing poetry about the experience and reading it at every event that would allow her to speak.

WAKE UP Campaign Against Honor Killings

Soon Khalida was discovered by organizations fighting for women’s rights. These organizations invited her to participate in conferences and workshops focused on ending honor killings as well as domestic violence.

In 2008, Khalida joined WAKE UP, an international organization committed to ending domestic violence. She organized WAKE UP rallies with the help of Facebook for pressurizing the national government of Pakistan to close the loopholes in the law that allow honor killings and domestic abuse. Her Facebook campaign gained the attention of thousands of international followers and led to numerous demonstrations. Khalida gradually succeeded in raising awareness about the issue of honor killings both at home and abroad.

After the success of the WAKE UP campaign, Khalida launched the Youth and Gender Development Program (YGDP). This initiative began as a weekly gathering of young women to discuss economic opportunities in their communities.

However, with the backing of the UNHRC, this initiative quickly expanded into skills-training programs for both women and men. They were taught computer and cottage industry manufacturing skills, while simultaneously getting the education about women’s rights under the law and in Islam.

The success of YGDP inspired Khalida to expand the idea and create an organization with a broader reach, leading to the establishment of The Sughar Foundation in 2009.

The Sughar Foundation is a non-profit organization providing tribal and rural women in Pakistan the opportunities to evaluate their abilities and nurture their leadership skills in an environment of growth and development.

Sughar means “skilled and confident women” in Urdu. Khalida believes that all women in Pakistan are “sughar,” they only need the opportunity to unleash that potential within themselves. Sughar offers such opportunities, including resources to launch and sustain rural women-owned businesses. Khalida’s efforts hold the unshakeable belief that it is possible to build a society where women are not killed for honor but are honored and given equal status.

I Should Have Honor: A Memoir of Hope and Pride in Pakistan

In 2015, Khalida married David Barron (Daud) in a rare love marriage because of their different religious and social backgrounds. David left everything to join Khalida in her goals for women and youth in Pakistan. He encouraged her to tell her story, the beauty of her country, and the complexity of her society to the world.

Khalida and David, 6 months after their marriage, made their way to Sedona, cut ties with everyone, and decided to write Khalida’s difficult journey in the form of a beautiful book – I should Have Honor: A Memoir of Hope and Pride in Pakistan.

This book is the story of how Khalida shone her light on the women and girls of Pakistan, despite the hurdles and threats she faced along the way. And ultimately, she learned that the only way to eradicate the parts of a culture she despised was to fully embrace the parts of it that she loved.

Khalida with her husband decided to launch The Chai Spot – an initiative that helps in tackling global misunderstandings and fear in the most loving manner. It is a social enterprise based in Arizona that provides economic opportunities for woman and educational opportunities for youth in Pakistan, while at the same time giving Americans an authentic taste of the country’s rich culture and flavors.

In order to bridge the gap between cultures, Khalida and David created Otaq Guest House in Sedona, Arizona. This Guest House is a boutique style hotel and depicts traditional Pakistani decor.

Khalida dreams of including one million Pakistani women in the Sughar centers, while non-stop advocating with government policy-makers to change laws and customs regarding honor killing.

We wish you the best of luck in all of your future endeavors, Khalida. You’ll be great! 🙂

Some Personally Chosen Stuff for You to Read Next:

What is SEO? Quick Guide to SEO Optimization

Introduction to Fiverr – How Does Fiverr Work for Freelancers? 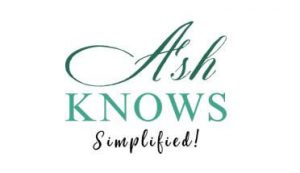 'Ash Knows' is a blog that inspires you to live an entrepreneur lifestyle by making you learn some amazing online earning tips in the simplest way possible.
Contact us: info@ashknows.com

How to Write Best Gig Description for Fiverr – Sample &...